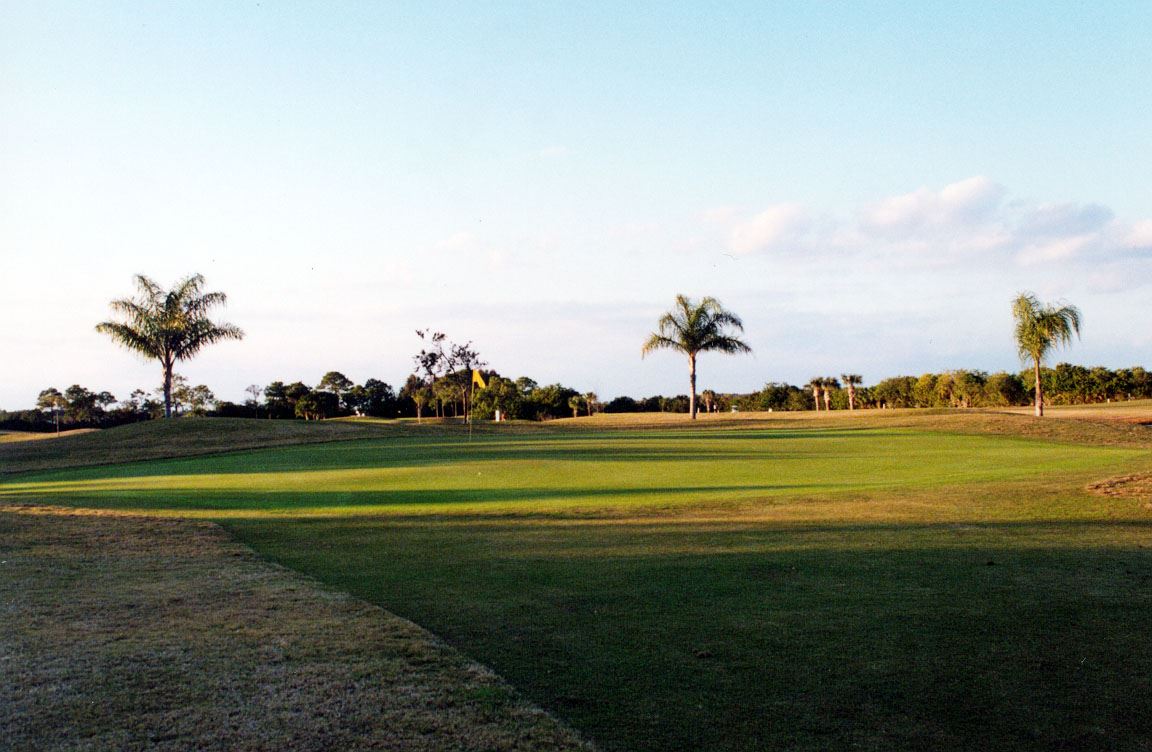 Appropriately named “Starter’s Call” for its close approximation to the Starter’s House, hole #1 demands a straight, accurate tee shot as out of bounds exists on the left and right side. The green complex is challenging, complete with bunkers that guard the left and right sides of the green and a two-tired green with several undulations.

PRO TIP
As indicated above, favor accuracy over distance off the tee and you will have a good start to your day on this par four. 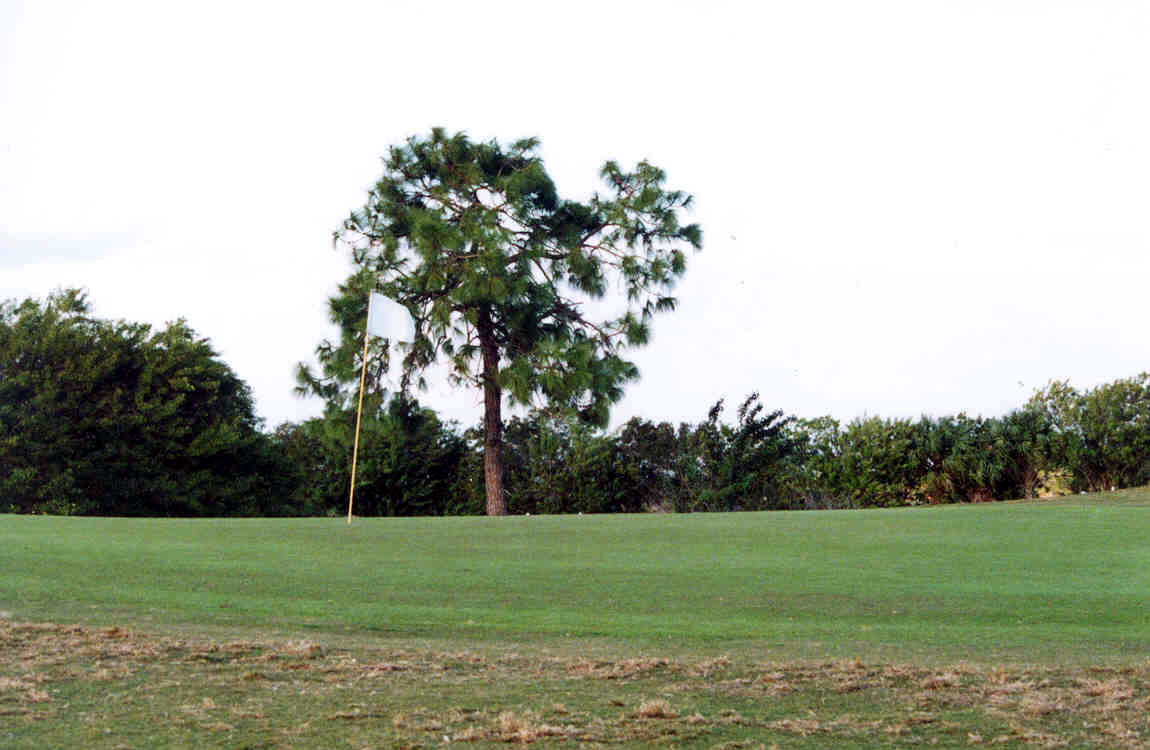 Named “Not Waterproof” for an unsuspecting gentleman who suddenly realized the discount golf shoes he had recently purchased were allowing more water in than the Titanic, hole #2 is a beautiful par three over water. Framed with bunkers on the left and right side, the green is quite undulating with a predominant back to front slope.

PRO TIP
Pay particular attention to the wind while standing on the elevated tee box. A front left pin demands the player to keep the ball under the hole.

Look for gopher tortoises on the left side of this hole, which gives hole #3 it’s name “Tortoise Trail”. Again, accuracy is important off the tee, which also includes a brief carry over water. As most greens do at Sebastian, the slope runs from the back to the front. A greenside bunker is situated on the right side.

PRO TIP
Off the tee, do anything but go left, as out of bounds runs
down the entire left side of this par four.

This par five is appropriately named “The Sanctuary”, for the beautiful “backdrop” setting seen around the green. Watch out for the fairway bunkers in the landing area on the first and second shots. The green is well guarded by three bunkers, which include a front bunker capable of catching high pitch shots.

PRO TIP
Again, off the tee avoid the left side. Second shot placement is crucial to set-up a third shot that can get close to the pin. 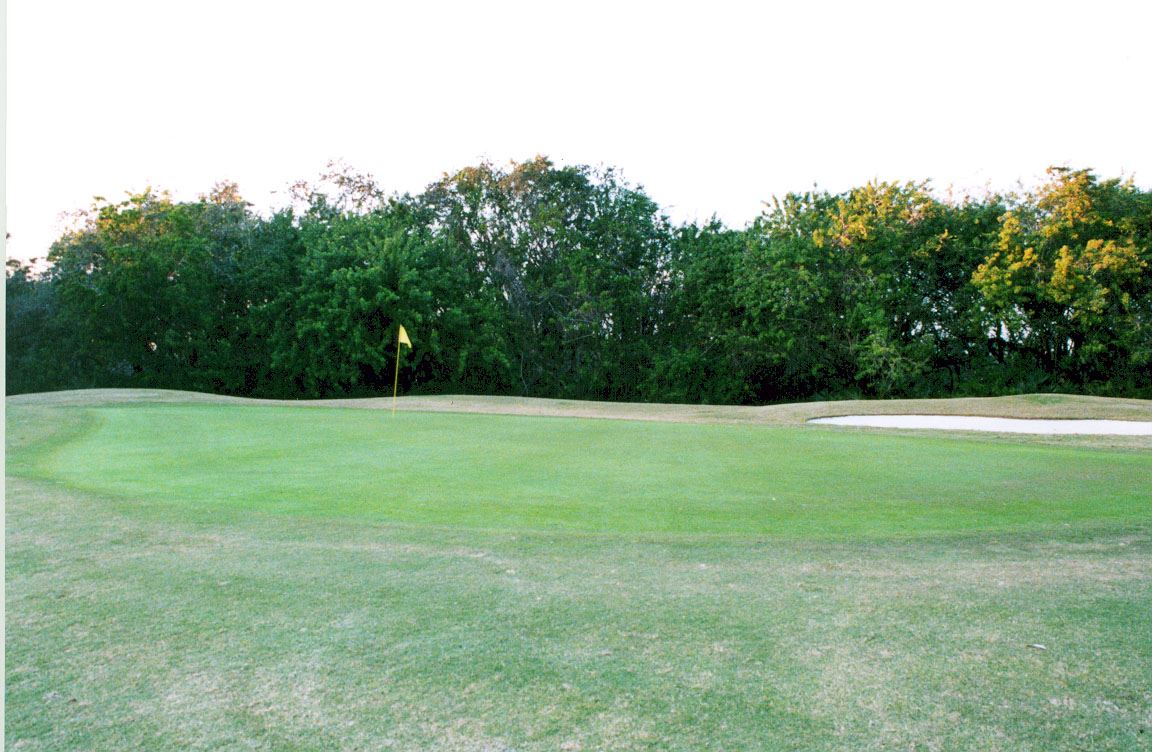 Completely surrounded by oak trees gives hole #5 its name, “The Hollow”. A bunker guards the left side while over-hanging oaks encircle the green complex.

PRO TIP
Watch out for the back left pin placement. Hit to the middle of this small green and take your chances with the putt. 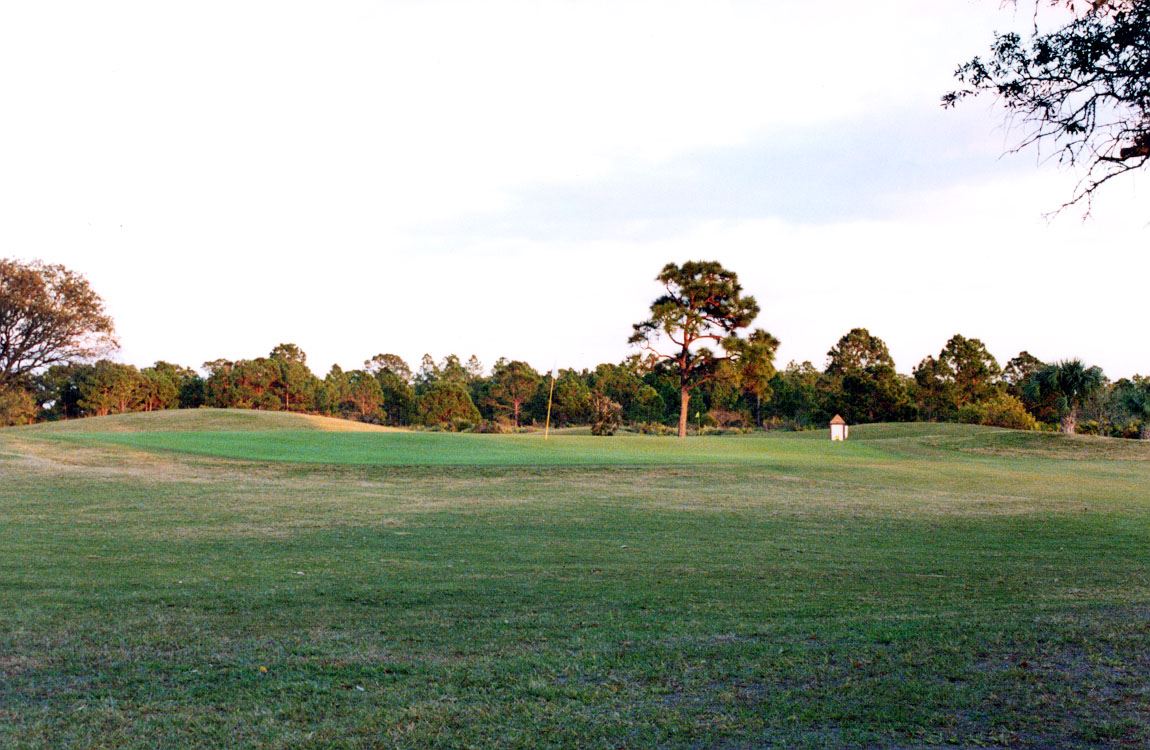 Complimenting hole #5, hole #6 also comes complete with over hanging oaks interfering with errant tee shots. Named "Barrier Oaks", this large stand of trees will catch golf shots hit to the left off of the tee. The green is one of the most undulating on the golf course and is protected by two greenside bunkers.

PRO TIP
Off of the tee, favor the right center of the fairway thus avoiding the oaks on the left. Club selection into this green is extremely important; as this two tired green can yield three putts. 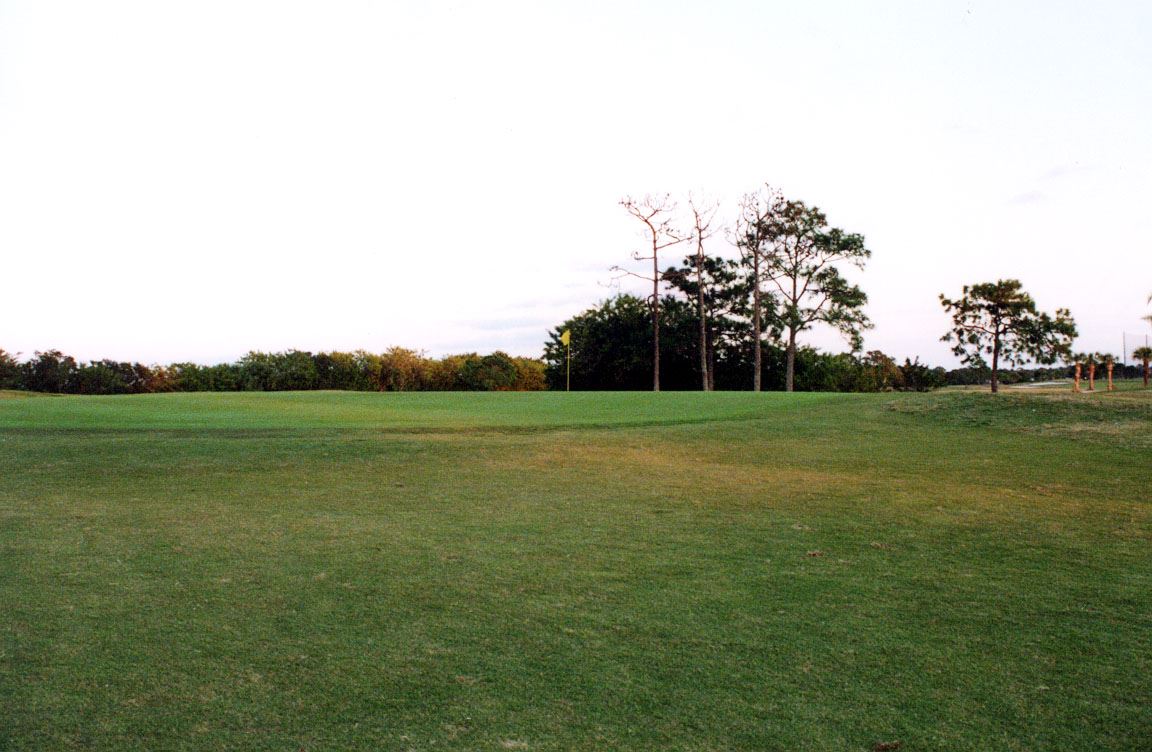 Located directly to the south of Sebastian Municipal Airport, hole #7 received its name, “Skywatch”, for the planes and skydivers that golfers can see. This straightaway par five makes the golfer think about the lay-up shot, as a pond guards the approach in front of the green. Like hole #6, #7 has an extremely challenging green, which is similar to greens seen at Pinehurst.

PRO TIP
Golfers not able to clear the water in front of the green can avoid the water by aiming slightly left. On the putting green, do your best to keep the ball below the hole. 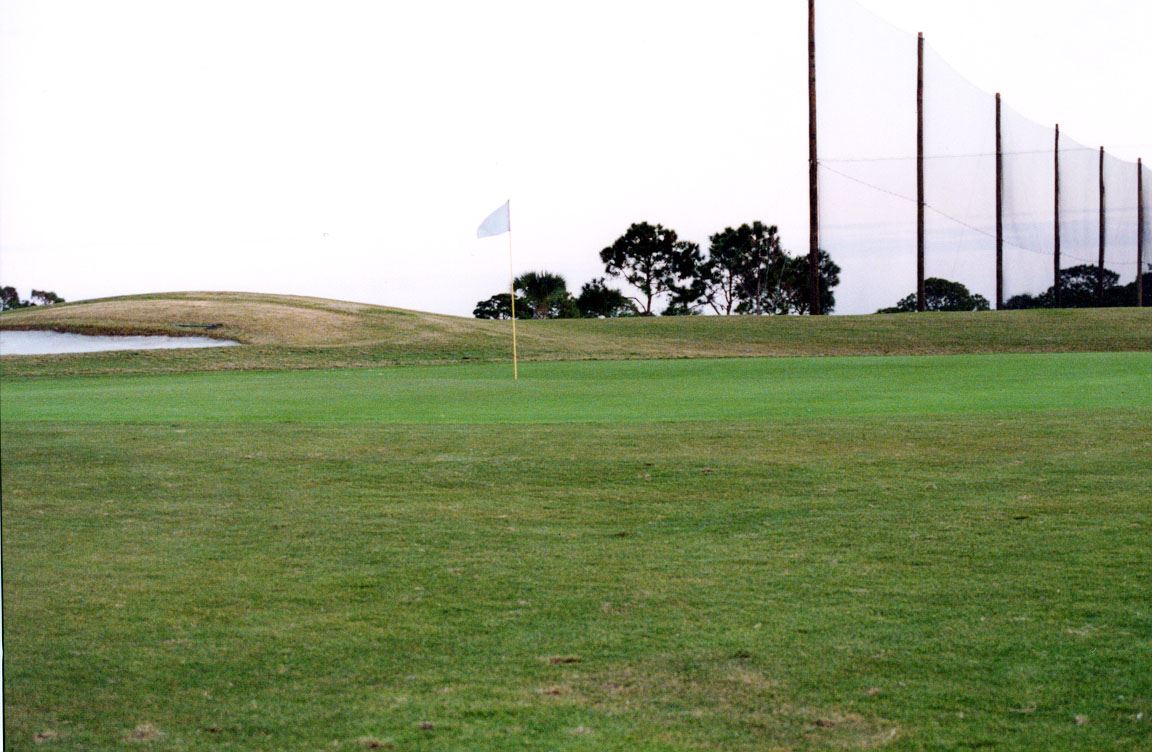 You might have an alligator sighting on this hole, named “Gator Beach”. Once you have cleared the water off of the tee, be prepared to do it again on your approach shot to the green. Bunkers located in the front and on the left side guard the green.

PRO TIP
Off the tee, hit a club that will give you about 120 yards in to the green. On the approach shot, a traditional southeast wind could mean hitting more club. 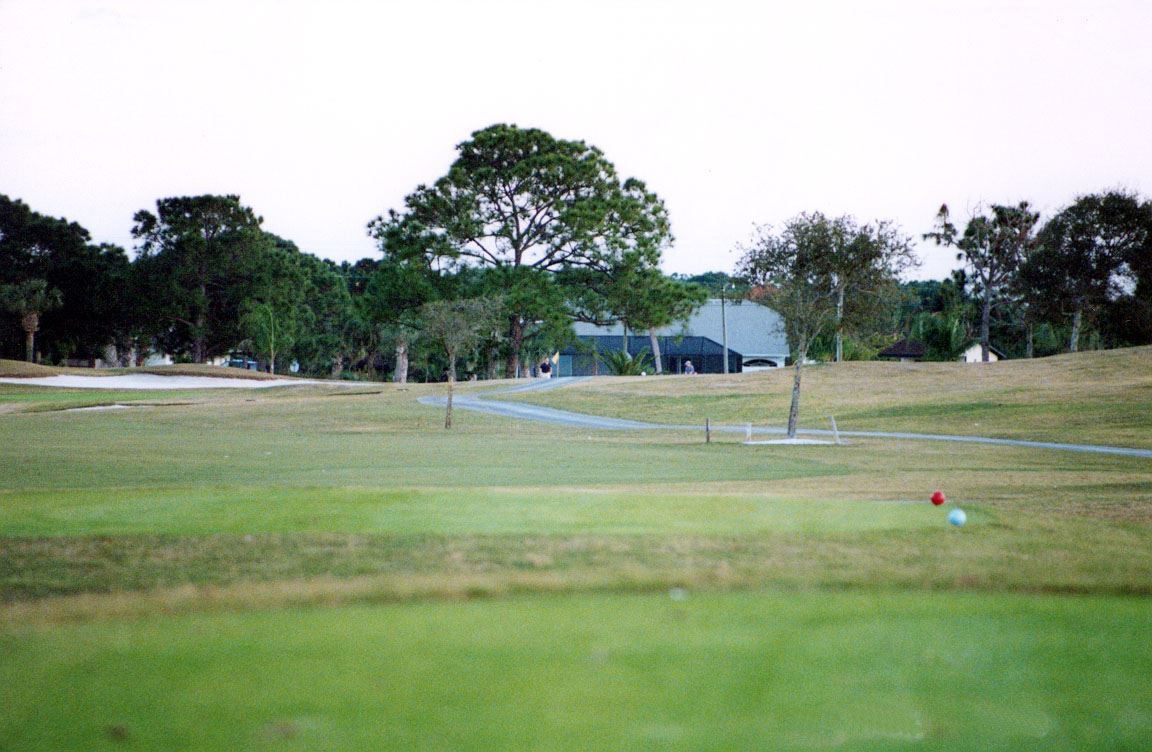 Named “Eagles Nest Sighting” for the view of the famous Eagles Nest Restaurant standing behind the green, #9 entails a gentle dogleg right. The green is relatively flat and is protected by a front and back bunker.

PRO TIP
Favor the left side of the fairway off of the tee, which will open the approach shot. Tee shots to the right will bring a large slash pine into play, causing the golfer to hit over or around the tree.